If you use this guide and research the key concepts on the Praxis®️ Social Studies Content Knowledge exam on your own, it’s possible you will pass, but why take that chance? With our paid study guide, we guarantee you will pass. The Praxis®️ Social Studies: Content Knowledge test assesses understanding of social studies content knowledge. Many states use this assessment as a requirement for a person’s teaching licensing and certification to be complete.

The Praxis®️ Social Studies: Content Knowledge is a computer-based assessment covering 6 content areas, ranging from United States History to World History to Behavioral Sciences. The entire test is selected-response questions with a total of 130 given in the allotted time of 2 hours. Each content area is broken down in the chart below with the approximate number of questions for each category.

The score needed to pass varies from state to state, ranging from 146-162. You can search for your state’s passing score here.

The amount of study time you need will depend on many factors, including your educational history, subject background, and how comfortable you are with a test-taking environment. In general, we recommend people spend 1 to 3 months studying.

Manifest Destiny was the belief that the United States was destined by God to expand its dominion and spread democracy and capitalism across the entire North American continent. There was a large increase in immigration which caused the US population to expand rapidly in the first half of the 19th century. This population growth led to economic depression which forced Americans westward in search of new land and opportunities. The expansion west often led to policies that subjugated Native American cultures and promulgated the loss of Native American lands.

The Louisiana Purchase played a large role in the expansion of the United States. The purchase nearly doubled the size of the country. Napoleon Bonaparte sold the vast territory dubbed the western watershed of the Mississippi River (827,000 square miles) to the United States for $15,000,000 in 1803 to pay for his European war against Great Britain. Americans sought new opportunities in Louisiana as well as some moving to Texas. Ultimately Texas joined the United States and the idea of the United States expanding all the way to the Pacific Ocean was inevitable.

The Civil War occurred from 1861 to 1865 between the Northern (Union) and Southern (Confederate) states. The North and South had major contrasting opinions on economic issues; specifically, the North wanted economic expansion which would change the South (slave-holding) way of life.

Impact of the Civil War: The Homestead Act was passed which allowed people to settle and farm land in the west without the help of slavery. The Pacific Railroad Act was passed as well which promoted the construction of a transcontinental railroad. The Great Migration of freed slaves north into cities.

Populism and Progressivism are both movements started by the people based on their dissatisfaction with the current government and its inability to address problems. Both groups began to propose a comprehensive plan of political reforms to help people.

Try a free preview of the Praxis®️ 5081 Study Guide today!

This article describes the rise and fall of the Roman Empire, including its successes and failures as well as its contributions to the development of the western society.

The word “caste” is used to describe the division of societies based on hereditary groups. Specifically in India, four categories were created to organize society along economic and occupational lines. The categories were spiritual leaders and teachers (Brahmins), warriors and nobility (Kshatriyas), merchants and producers (Vaishyas), and laborers (Sudras). Physical contact between groups was prohibited.

The caste system is associated with Hinduism and was most prevalent in India; however, it has been outlawed (although its presence is still felt).

Globalization encompasses the technological, political, economic, and cultural exchanges between people and nations to further the interconnectedness and interdependence of the world. This link explains the emergence of global culture in the late twentieth century, including its major elements and consequences.

This case established the Supreme Court’s power of judicial review over Congress, ultimately giving the Supreme Court the power to interpret the constitution. It helped define the boundaries between the executive and judicial branches of the government.

This case established that “separate but equal” had no place in the public education system, ending segregation in schools.

This case established the right of a criminal defendant to have an attorney even if they could not personally afford one.

This case established the requirement that police must advise people in custody of their rights before questioning them, hence the creation of the Miranda Rights.

This case established laws that forbid interracial marriages as unconstitutional under the 14th Amendment.

Ruled that the Constitution of the United States protects a pregnant woman’s liberty to choose to have an abortion without excessive government restriction.

This case established that sitting Presidents could not use their executive powers to withhold evidence during a criminal investigation.

Ruled that state bans on same-sex marriage and on recognizing same-sex marriages duly performed in other jurisdictions are unconstitutional under the due process and equal protection clauses of the Fourteenth Amendment to the U.S. Constitution. Expectations and Benefits of Citizenship

Being a citizen of the United States comes with certain legal obligations and expectations. A citizen is required to obey the law, serve as a juror if called, and pay taxes.

Citizens are also expected to be informed on issues and vote in elections, volunteer in their community, and serve in the military if they are interested. However, voter turnout tends to be low in young voters and high in older voters.

Being a good citizen also means following cultural expectations: picking up trash and not littering, being kind to neighbors and strangers, and performing other duties of a good citizen.

Want a sneak peek inside the Praxis®️ 5081 Study Guide? Try for free.

So, let’s talk about some key concepts you are more than likely going to see in  this content category.

Weather is the day-to-day, short-term state of the atmosphere including temperature, humidity, precipitation, and wind. Climate is the typical weather pattern in a given region over a long period of time.

An ecosystem is a community of living organisms and nonliving components interacting in a given environment. It is important to understand how an ecosystem operates because the interactions are all linked. Anything that impacts one aspect of an ecosystem will ultimately impact the other aspects of the ecosystem. Humans often disrupt natural ecosystems with small actions that turn into large effects.

The overfishing of sharks can have catastrophic effects on reef ecosystems. By removing the top-level predator, the food it normally eats thrives and then over-populates. This disrupts the whole reef ecosystem and, if the balance is not restored, the ecosystem can collapse. This means it is important for humans to consider the consequences of their actions and do their best to change their behaviors when problems are identified. 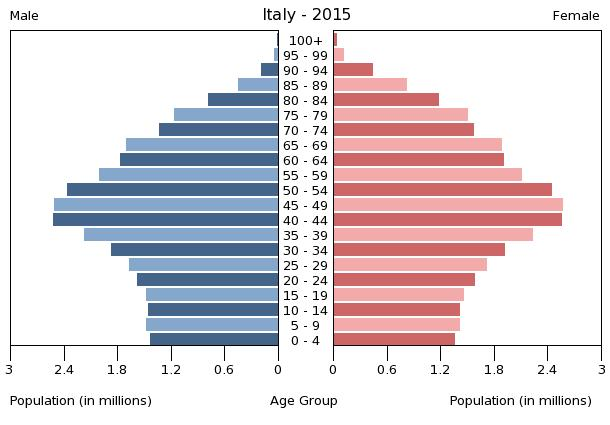 The Federal Reserve System acts as the United States central bank. Its major functions are to provide and maintain an effective payments system, supervise and regulate banking operations, and conduct monetary policy.

Check out this website for detailed information regarding the Federal Reserve System.

Nations trade for various reasons. The main reason for trade is that the country does not have the resources or capacity to satisfy their country’s own needs and wants so they look to other countries who do. Another reason is that imports may be cheaper or of better quality when made in a different country. These goods may also be easily available or more appealing than locally produced goods.

Trade dates back 9,000 years, but today international trade is responsible for the development and prosperity of the modern industrialized world. International trade allows nations to benefit in regards to increased revenue and decreased competition. International trade can also allow nations to dispose of surplus goods while benefiting from currency exchange. Trade is a vital component in the interdependence of the global economy.

So, let’s talk about some key concepts you are more than likely going to see in this content category.

Culture is the set of traditions, rules, and symbols that shape our feelings, thoughts, and behaviors of groups of people. Below is a list of components that influence culture.

And that’s some basic info about the exam about the Praxis®️ Social Studies: Content Knowledge exam.